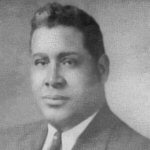 After Mr. Washington’s death in January 1941, our original First Lady, Georgia I. Washington, ran the company until her death in May 1959.

Their children, Clayton A. Washington and Mildred L. Washington Pratt, continued the family tradition of personalized service while maintaining our motto, "The Price is a Matter of your Own Selection".

With nearly 90 years in business, we are extremely confident in meeting the needs of all of our customers.

Pre-Plan
Pre-Arrangements Form
Have The Talk of a Lifetime

A year of daily grief support

Our support in your time of need does not end after the funeral services.  Enter your email below to receive a grief support message from us each day for a year.  You can unsubscribe at any time.